In June 1908, Father J. M. J. Reade, pastor of Manhattan from 1907 to 1913, purchased the Colonel Anderson home which was diagonally across the intersection from the church. Although the parish was not prosperous at that time and less than 30 families made up the parish, the purchase price of $14,000.00 was raised through donations of Catholics as well as non-Catholics. A cross was placed atop this three story (plus basement) house and it was placed under the patronage of the Sacred Heart. It was a large, beautiful, sturdily built home of stone with large rooms, wide halls, high ceilings, lovely woodwork, a sweeping staircase and spacious porches amid a landscaped yard.

Sacred Heart Academy opened in September 1908 with the Sisters of St. Joseph from Concordia in charge. Sister Louise Cuff was principal, and Sisters Aquinas Fenton, Geraldine Boureau, Cornelius Perrault, Rita Rivard, and Mildred Huber completed the staff. There were about 40 students in the grade school and the first year of high school. Each year, thereafter, another year of high school was added, so that by September 1911, a full four-year high school was offered. The Academy was the first four-year high school in the City of Manhattan and it was the first Catholic High School in the Concordia Diocese. Sacred Heart Academy offered another first in Manhattan educationally, when a business course was started. While it was offered (until the commercial subjects were incorporated into the regular high school curriculum), many non-Catholics enrolled in the course and the tuition they paid helped the school financially. For many years, the academy building served the entire school system, provided a home for the teaching Sisters, and offered accommodations for boarding students. The first high school graduation from Sacred Heart occurred in 1912 – the 1912 class consisted of one member, Miss Rose Cunningham.

In 1913, when Father Reade died, Reverend A. J. Luckey replaced him. Father Luckey was to be the driving force behind the Manhattan parochial schools for the next 41 years as well as being active in the community. When World War I occurred, Father Luckey accepted the chairmanship of the building committee which supervised the building of the Manhattan Community House and was President of the War Camp Community Service. He was so impressed with the need of army chaplains that he enlisted and was commissioned in August 1918. This army service led to his being elected first Commander of the Pierce-Keller Post of the American Legion in Manhattan, and the Legion’s first State Chaplain. Soon after the war’s end in November, Father Luckey was able to return to his pastorate in Manhattan, which had been taken over by Father Brown in his absence. Under Father Luckey’s direction in 1919 the current Seven Dolors Church was constructed. It was dedicated in October 1920.

In 1924 the Catholic Schools in Manhattan, Junction City, Topeka, Aurora, Tipton, Kansas City and Leavenworth joined to establish a baseball, basketball and football league called the Catholic High School Athletic Conference. Also in this year the school colors were set at red and white. 1928 and 1929 newspaper clippings and the 1939 Reflector reveal that the Academy’s mascot was a parrot. The athletic teams were then referred to as the Sacred Heart Parrots.

As the City of Manhattan grew, so did the Academy. Fortunately, in 1938 when more school rooms were very necessary, the First Methodist Church had their frame annex, 40’ x 75’ for sale. Father Luckey purchased this annex building for the parish, had it cut in thirds and moved just south of the stone Academy building. When reassembled and remodeled, it provided three nice classrooms for an outlay of $3,000. For the first time, the grade and high schools occupied separate buildings.

By 1940 the combined enrollment of both schools was 180. In 1943, with the age of the structures and maintenance costs being of concern, Father Luckey bought the Purcell mansion located on the northwest corner of Juliette and Pierre. This red brick house of twelve rooms was built in 1869 on four lots. It, with the Major Adams house across the alley on the north and the Colonel Anderson home across Pierre on the south were early day showplaces in Manhattan. The Purcell home, which had been remodeled into apartments, was torn down and the lots used for parking until a high school could be built.

In 1946, there were 154 grade school students and 70 high school students. In 1947, with the total enrollment remaining over 200, plans were begun for a new high school on the Purcell property. The architectural plans were provided by F. O. Wolfenbarger and Associates and the contract was awarded to Green Construction Company. Construction of the $200,000 building began in 1950. Also in 1950 at the request of the Parish Consulter’s, Sacred Heart Academy was officially designated the Monsignor Luckey High School in honor of Monsignor Luckey because of his great interest in Catholic education. At the same time the Academy grade school was named Seven Dolors Grade School.

During the flood of 1951, $5,000 worth of new high school furniture which was being stored in the church basement was moved to the upper part of the church and saved from damage. The basements of the church, rectory and Academy were filled with water and the ground floor of the new high school had some water. Fortunately, the new maple floor on the gym had not been laid.

In September 1951, the new Luckey High School Building was occupied. The new colors for the school were maroon and white and the athletic teams were referred to as the Luckey High Maroons. The dedication of the new school took place on February 6, 1952. Bishop Thill conducted the blessing and dedication ceremonies. Approximately 500 people were present. Bishop Thill, addressing the parish after the dedication, said that Monsignor Luckey had many consolations during his 39 years as pastor of the Seven Dolors parish, including the dedication of the Luckey High School. The mayor of Manhattan expressed the esteem of the community and spoke of the service rendered by a parochial school to the city. During the ceremony, a portrait of Monsignor Luckey, painted by Elfreda Johnson Peterson, which was a gift of the class of 1951, was unveiled. The portrait has hung in Luckey High School since then.

Now that the high school was completed, Monsignor Luckey turned his attention to the grade school. It was decided to leave the frame building standing, as it was in good condition physically and to build a new structure to the north and east of it. This would necessitate the destruction of the Sacred Heart Academy which was rapidly deteriorating.

The parish helped Monsignor Luckey celebrate the Golden Jubilee of his ordination in January 1954. His health impaired, and knowing that major parish and school projects should be started to keep in step, he asked to be retired February 1, 1954. He came to Manhattan as a young priest of 35 and was retiring at the age of 76. A touching farewell reception was given to him. Tears were in evidence as long time parishioners told of various activities during the 41 years of his pastorate in Manhattan. Monsignor wept as both the front and back doors were thrown open and column after column of school children marched in to stand in prearranged formation in front of the stage and sang a farewell song. What a contrast this larger gathering of school children compared to the handful the parochial school when he first came to Manhattan!

Monsignor Luckey took up residence at St. Joseph’s Hospital in Concordia. He died there December 15, 1954. Requiem Mass was celebrated in Seven Dolors Church and he was buried in the Seven Dolors section of Sunset Cemetery. His will bequeath $20,000 for two seminary burses for the Salina Diocese, boys from Seven Dolors to be given preference. He also left $20,000 for a grade school building in Manhattan.

The vacancy left by the registration of Monsignor Luckey was filled on March 14, 1954 by the appointment of Monsignor William Merchant.

On March 13, 1955 the first four rooms of the new grade school (those facing Pierre Street) were dedicated. Each room was built to accommodate 60 students. The $70,000 structure was occupied in 1955. An earnest drive was started for a convent building fund. In July of 1955, Riley Park, the west three acres of the City jail property just across from the grade school property was dedicated. It was made possible through the joint efforts of the local Knights of Columbus and the Recreation Commission.

On August 11, 1957, the parish held open house for the new convent, just completed for the teaching Sisters. It was designed by Wolfenbarger Company. It contained a small chapel and living quarters for about 18 Sisters. The cost was approximately $90,000. By 1960, the parish had bought three of the four residences in the same block with the Seven Dolors Grade School and convent. The purchases were made in order to provide for future expansion.

Total enrollment of both schools was 290 in 1951, 450 in 1955 and hit 600 in the year 1960. The old Sacred Heart Academy (Anderson mansion) was hurriedly removed and construction commenced on the east wing of the grade school and on the gymnasium connecting it to the north wing. The $350,000 project was finished in October 1961.

During the 1962 school year the decision was made to designate the cardinal as the Luckey High mascot. At that time the colors were changed from maroon and white to red and white (the original Academy colors). The class of 1965 was the last of the Maroons (not replacing their maroon pep club uniforms due to expense).

No major structural or physical changes occurred in the 1970’s; however, the 1980’s did bring about several changes. The Seven Dolors Child Care Center began in 1984. The Center’s building was located on Colorado Street, south of the convent. In the early 1980’s the Bardwell House, north of LHS at the corner of S. Juliette and Houston Streets was demolished. The Bardwell house and property had been acquired in the 1960’s. 1985 brought the closing of the Sisters of St. Joseph Convent, such being due to low numbers of Sisters. The building has been designated as the Seven Dolors Parish Center, a much-needed facility for parish offices for the pastors, pastoral ministers, parish secretary, liturgist, and CCD educators. On May 24, 1986 monsignor Luckey High School, was closed due to financial difficulties and low enrollment (65 students at LHS in 1986, 11 of those seniors.)

Childcare moved into the old high school building after its closing. The preschool/childcare occupied the first floor of the High School. This was a very positive contribution to the Catholic Community as well as for the greater Manhattan Community as child care was hard to find. Under the leadership of Marsha Tannenhill the childcare nurtured the youth both educationally as well as socially, and prepared them for Kindergarten.

On November 8, 1992, a tragedy struck Manhattan Catholic Schools when the Music Room was consumed by fire. The old white building that had served the school since the 1930’s was gone. With the generosity of many anonymous friends of Manhattan Catholic Schools, the Ladies of the Budget Shop, and the Knights of Columbus Council #1832 the new fines arts wing of the school was built.

2008 was another time of change and growth. After having a childcare that served children 2 ½ to age five, it was determined to close the childcare and have a Pre-K program serving children ages three and four. The program is half-day with a structure in social skills, early education curriculum and religion. In 2008, the kindergarten program was changed into a full-day program. We also offer after-school care for children kindergarten through age 12.

From 2015 through 2018, a major 3 million renovation project was undertaken. All of the original grade school classrooms were modernized with new flooring, ceilings, lighting and HVAC. The cafeteria/gym received a new floor and HVAC as well. The Luckey building also received some updating. The office area was also updated. Finally, the project included major technology upgrades.

In 2019, the School Council approved the establishment of the Cardinal Summer Camp for ages Pre-K through elementary. They were pleased as the 60 students capacity was filled within a few weeks of the announcement. 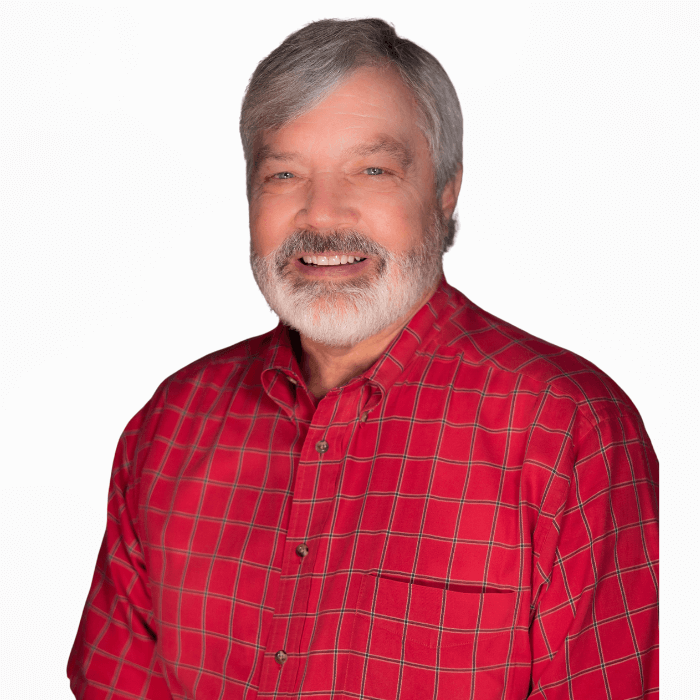 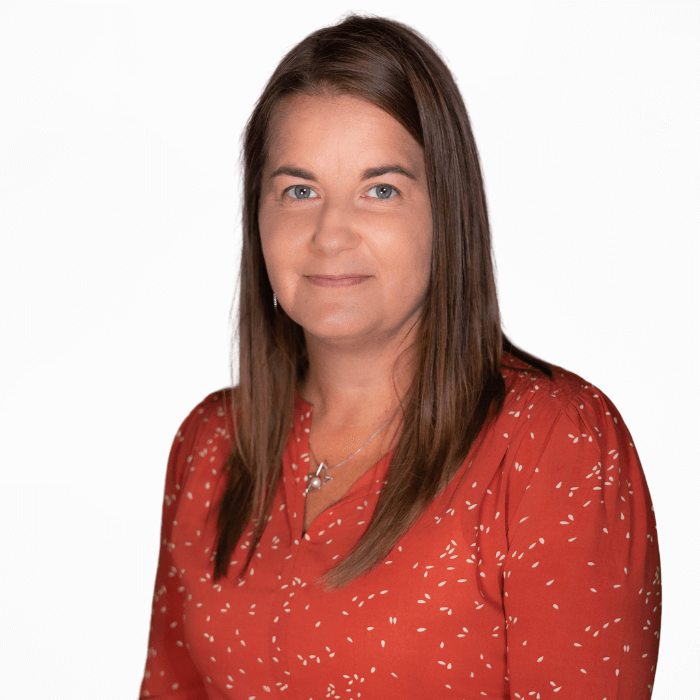