Three Catholic parishes were founded in Sheridan County not long after the turn of the 20th century, but the county seat did not have its own parish until 1948. The few Catholics who lived in Hoxie typically traveled 13 miles west to St. Martin of Tours Parish in Seguin.

When a fund-raising campaign was begun in 1946 to remodel the convent in Seguin, Hoxie parishioners asked why they could not have their own parish. The answer came later that year from Bishop Frank Thill, who authorized a collection to build a church.

It was the aftermath of World War II, and there were several surplus Army buildings available in Kansas. Msgr. Michael Mulvihill received permission to bid on the chapel at the Dodge City air base, and the offer of $2,255 was accepted.

Bishop Thill formed the new parish, and the faithful put forth the name of St. Frances Xavier Cabrini, who had been canonized in 1946 as the first American saint.

Altogether, it cost about $30,000 to move and renovate the chapel and place it on a basement foundation. It later was valued at $65,000. St. Boniface Parish at Vincent had purchased new bells and donated its 1907 bell to the Hoxie parish.

The parish built a rectory in 1955 and received its first resident pastor in 1959.

By 1968, the parish had outgrown the chapel and needed classroom space, and again, a building fund was authorized. But soaring inflation meant a continual plea for pledges to reach the ever-increasing goal. By 1978, permission was given to proceed with building plans, but bids came in $88,000 higher than the $400,000 estimate.

The parish trimmed as much as possible from the project, eliminating air conditioning and having parishioners do all the painting, and the bishop agreed to let the parish borrow as much as $175,000. The parish had raised $273,000, and their pastor, Msgr. John George Weber, was confident another $50,000 could be received, reaching the goal of nearly $500,000.

At the ground-breaking ceremony, the parish hosted a pancake and sausage breakfast and asked for donations. The meal raised a surprising $27,000. Four months later, when the cornerstone was blessed, a chicken dinner raised another $18,000. A breakfast held at the open house of the new church seven months later raised another $20,000, and on the day of its dedication in November 1979, $27,000 was donated. The additional contributions allowed the installation of air-conditioning, stained glass windows and new pews.

The parish was able to pay off its debt on the new construction in February 1981. 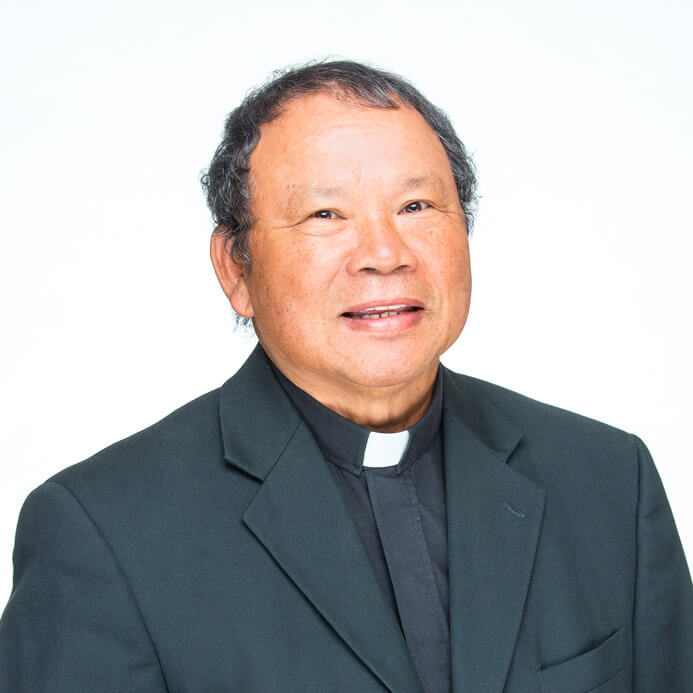