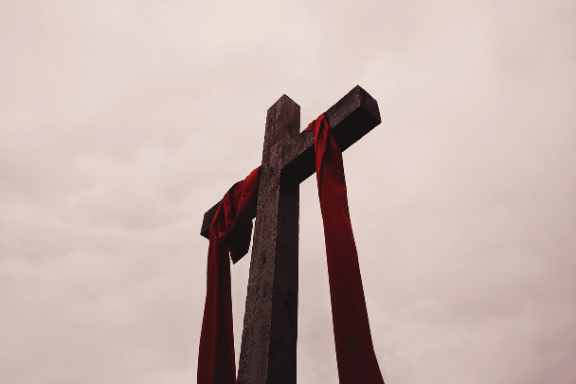 Good Friday is the most solemn day of the Christian year. It is the day our Savior died for us. It is the day we were redeemed from our sins by the voluntary death of God Himself at the hands of man.

Why is this day called “Good Friday”

It’s not for the reason you might think. Despite the fact that “good” is a common English word, tempting us to say the name is based on the fact that something very good (our redemption) happened on this day, that’s not where the name comes from. Precisely where it does come from is disputed. The Catholic Encyclopedia explains: The origin of the term Good is not clear. Some say it is from “God’s Friday” (Gottes Freitag); others maintain that it is from the German Gute Freitag, and not speciallyEnglish. It is also argued that the name is based on a Medieval use of the word good where it meant “holy.” Thus “Good Friday” would have come from “Holy Friday,” the same way we have Holy Thursday and Holy Saturday.

What happened on the first Good Friday?

According to the gospels, Jesus:

Are fast and abstinence required on Good Friday?

Yes – Good Friday is a day of penance to be observed as of obligation in the whole Church, and indeed through abstinence and fasting.

How is the cross venerated?

For veneration of the cross, let a cross be used that is of appropriate size and beauty, and let one of the forms for this rite as found in the Roman Missal be followed.

The rite should be carried out with the splendor worthy of the mystery of our salvation: both the invitation pronounced at the unveiling of the cross, and the people’s response should be made in song, and a period of respectful silence is to be observed after each act of veneration—the celebrant standing and holding the raised cross.

The cross is to be presented to each of the faithful individually for their adoration since the personal adoration of the cross is a most important feature in this celebration; only when necessitated by the large numbers of faithful present should the rite of veneration be made simultaneously by all present.