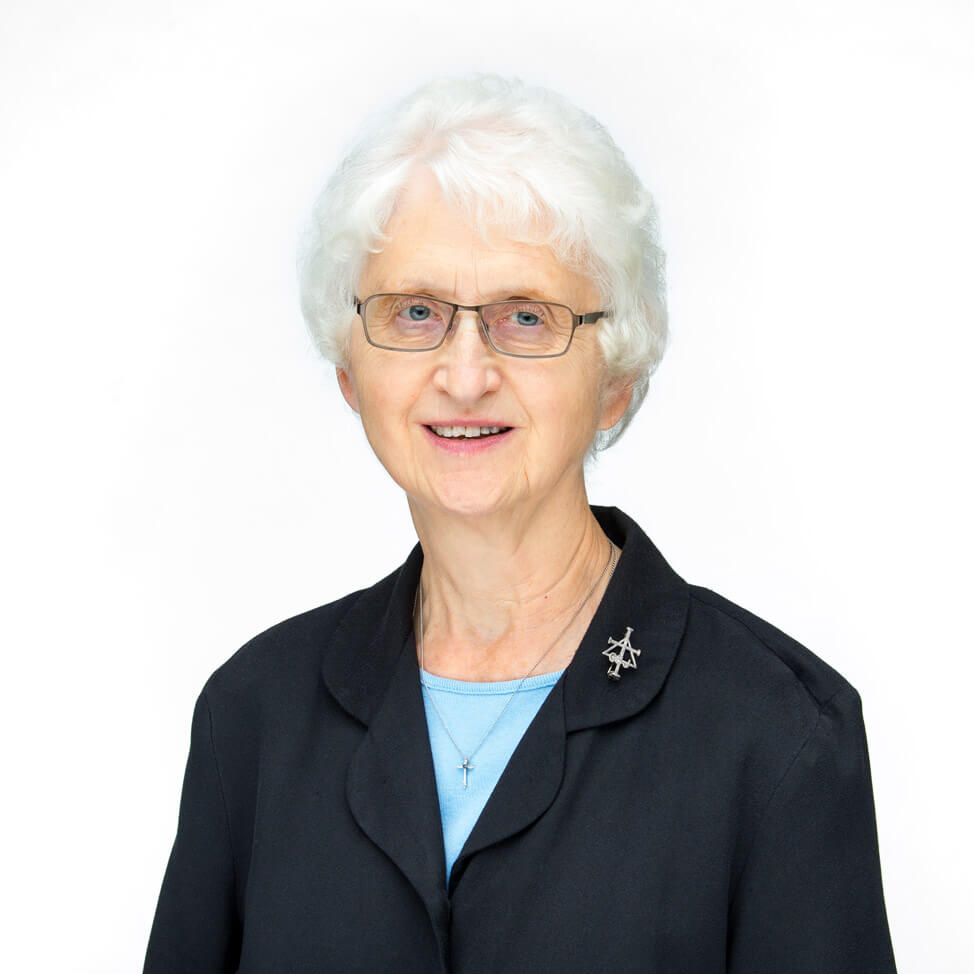 Sister Carolyn has been a Kansas resident all her life except for one year when she was sent on her first mission to teach in Chicago. She grew up in rural northwest Kansas, obtaining her early education at Clayton and Jennings. After one year at the former Marymount College of Salina, she entered the Sisters of St. Joseph, Concordia. After completion of her Bachelor of Arts in Economics and Business Administration, she held various administrative positions in finance at several of the hospitals operated by the Sisters. After a few years on the staff at Marymount College, she began many years of service to the parishes in the Salina diocese, including Fort Hays College campus ministry, the tri-parish cluster of Belleveille, Munden, and Cuba, and Our Lady of Perpetual Help, Goodland. After the completion of her certificates in Church music and liturgy from St. Joseph College, Rensselaer, Ind and a certificate in Parish Administration from the Pastoral Life Institute in Kansas City, Mo, she became the first lay Parish Administrator in the Diocese now ( known as Parish Life Coordinators). Prior to being appointed to St. Michael, Chapman, by Bishop Fitsimmons, she temporarily administered the St. Frances Cabrini Parish, Hoxie and its mission parish of Sequin for Father Richard Lutgen who was waiting for his heart transplant in Wichita. Later, she assisted in the same manner at Immaculate Conception, Solomon, due to Father’s medical needs after the transplant. She later served as a temporary administrator at the Minneapolis and Lincoln parishes .


After eleven (11) years in parish administration and serving on various diocesan committees, Moderator of the Diocesan Pastoral Council and the RENEW team, she was asked to go to Ft. Riley as a Pastoral Associate and Dir. Of Religious Education for the Catholic Military Community. Her love of the Salina diocese then brought her back to Sacred Heart Cathedral as director of Liturgy, followed by the request to fill a position in the Tribunal Office where she remains.