Soon after this town was founded in 1878 on the Kansas Pacific Railroad, the first Catholic church was built by the missionary priest, Father John Fogarty. After the parish was cared for by Capuchin priests from Hays for several years, the first resident priest was sent in 1906, and a new church was built in 1909. The parish built a school in 1917, and Sisters of St. Joseph of Concordia began teaching there in 1926. The school closed in 1968.

In 1939, plans were made to build a new stone church. Parishioners hauled 190 truckloads of limestone from a quarry 17 miles south of town. Father Carl Engbarth designed the Italian Renaissance-style church with architects of Salina and served as foreman, business manager and purchasing agent during its construction.

Parishioners razed the old church in 1941, and Father Engbarth described it in a history he wrote: “After Mass, men started taking out the altars, stations, pews, communion rail, while others started on the roof. By night the church was empty, the bell was on the ground, tower was down and the roof was partly off. It was a lot of fun.”

Parishioners provided much of the labor in the construction of the new church, which was dedicated in 1942. A year later, the remaining debt was paid off.

In 1957, when the school needed a new roof, a bad harvest left little money available. Parishioners and Father Engbarth himself shingled the roof to save on labor costs. Father Engbarth died two years later at the age of 57.

Strong winds and water damage prompted restoration work on the church and windows in 1982-83. 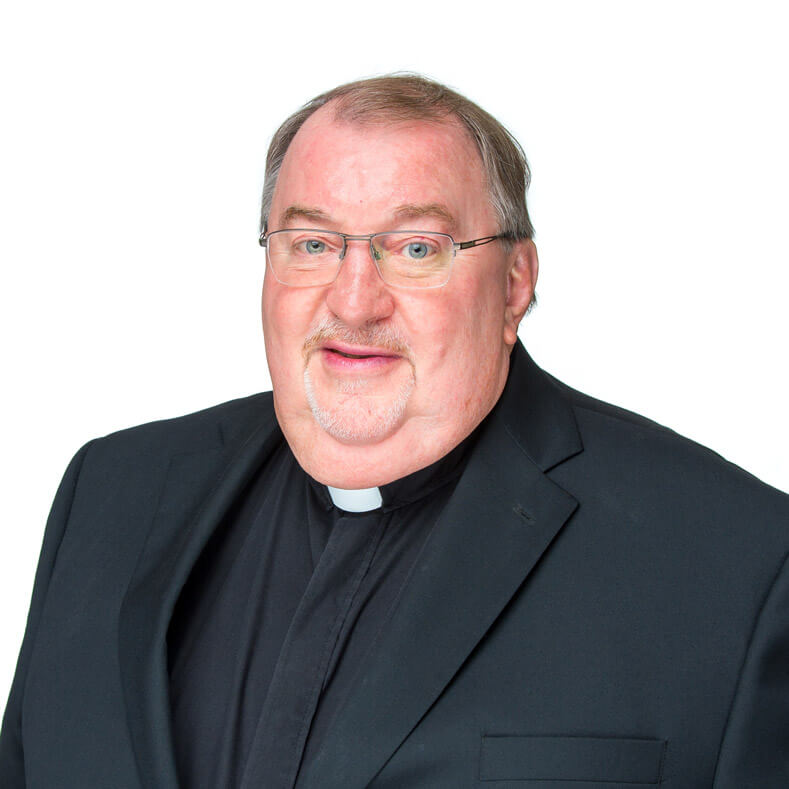