Mass was first celebrated here in 1876 by a priest who traveled from Beloit. In 1878, Leavenworth Bishop Louis Fink asked the Precious Blood fathers to care for the parishes along the two northern tiers of counties from Beloit west to the Colorado border.

Father Frederick Schalk made Stockton his home base and built a 20- by 50-foot stone church that year.

By 1944, the parish had outgrown its church, and plans were approved for a large, English-style edifice were approved in 1948. Construction began in 1950, and the new church was dedicated in October 1951. A new rectory was built in 1960, and stained-glass windows were added to the church in 1966.

The original stone church was disassembled, then rebuilt on a smaller scale — 12- by 20-feet — at St. Thomas Cemetery. It was dedicated as a memorial in 1963. 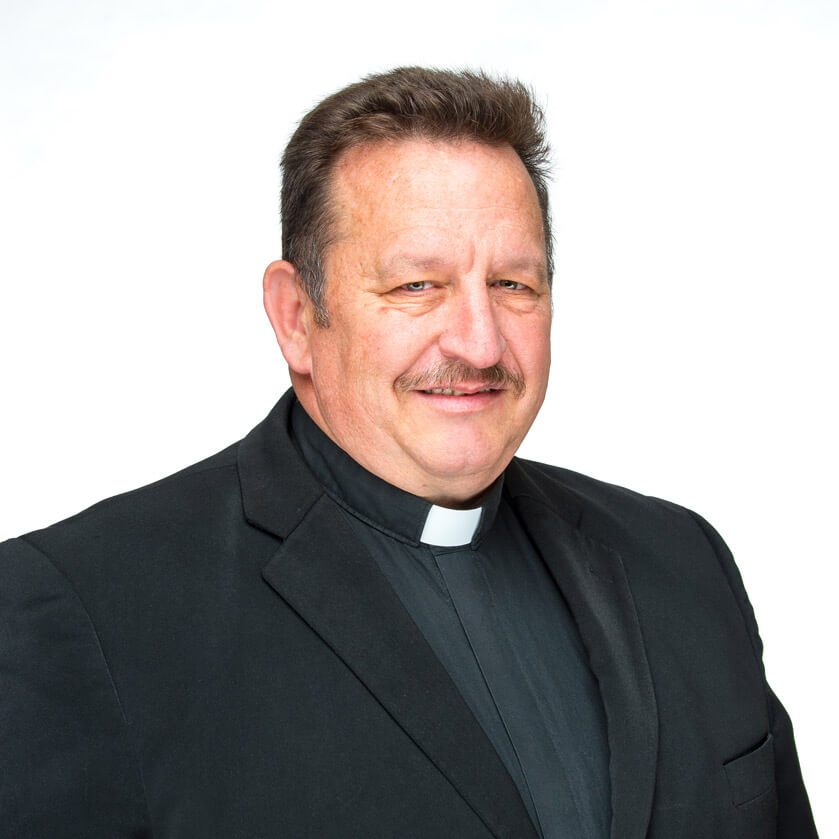