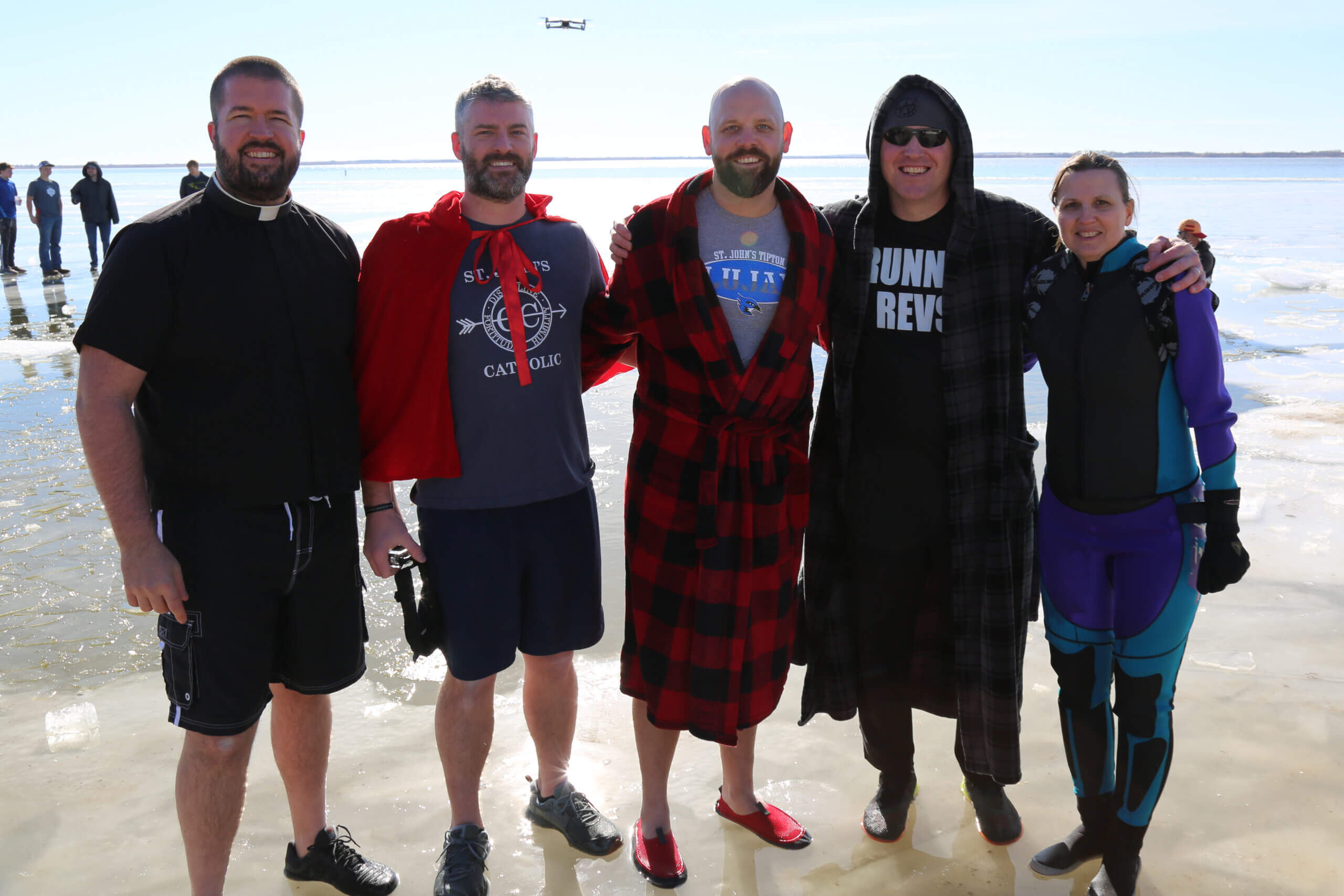 Frigid temperatures in January set the stage for a chilly reception for the plungers as water temperatures were estimated to be at 32 degrees.  Two days prior to the Polar Plunge event, local volunteers equipped with waterproof gear and chain saws cut a hole through approximately eight inches of ice at Waconda Lake to prepare for the event.

“The outpouring of generosity that led to this celebration was absolutely amazing,” said Father Jarett Konrade, St. John’s pastor. “Thank you to everyone who contributed and who came out to join us on this beautiful day. A special thanks to Salina Diocese Superintendent of Schools, Geoff Andrews, for driving up and joining the fun.”

The #iGiveCatholic Giving Campaign coincides with the global #GivingTuesday initiative held annually on the Tuesday following Thanksgiving to encourage individuals to give back to charitable causes.