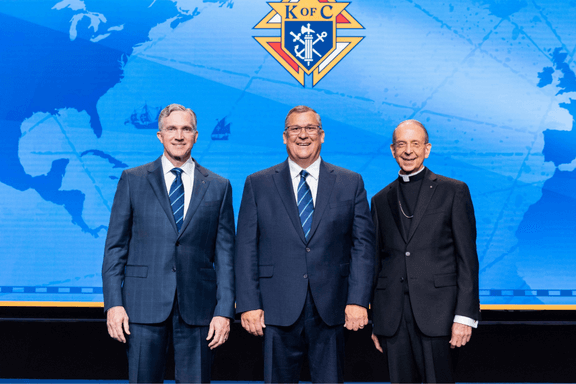 Since becoming a college Knight in 1985, Roth has served in a plethora of leadership roles. He was state deputy from 2020-2022. In that time, he led the Kansas State Council to Pinnacle Circle of Honor status two years in a row. Roth’s professional career has been dedicated to promoting the well-being of people with intellectual disabilities. He and his wife own a facility that supports these individuals, and he advises schools, agencies and families about how to help them live more independently. Roth has also served on several state and federal task forces devoted to this issue. A member of St. Fidelis Council 1867 in Victoria, Roth and his wife, Angie, are the parents of three children and four foster children.

Bishop Jerry Vincke says, “Jamey Roth’s selection to be on the Knights of Columbus Supreme Council is a consequence of his excellent work serving as the State Deputy for the state of Kansas the last two years. He is energetic and creative and will be a great blessing to Supreme Knight Patrick Kelly and the Knights of Columbus.”