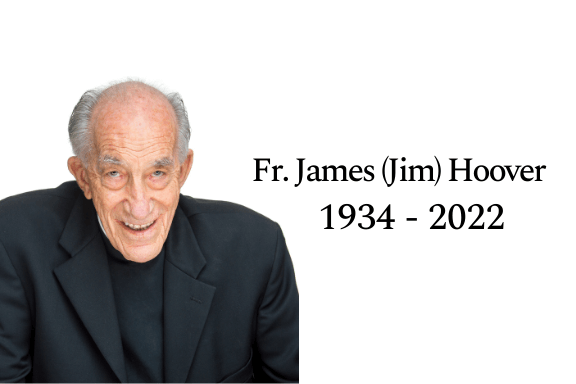 It is with a heavy heart that we share that Father James Hoover passed away today, April 5, 2022, in Concordia, Kansas.

There will be a light luncheon to follow at the Knights of Columbus Hall.

He was ordained April 2, 1960, by Bishop Frederick Freking at St. Francis Xavier Church in Junction City.

In addition to his parish assignments, Father Hoover had nearly four decades of experience in education. He received his master’s in religious education from Creighton University in 1970. He began his education career in the diocese by teaching at both the public and Catholic high schools in Beloit. From 1963-66, he led local efforts to establish the North Central Vocational Technical College, which is now called North Central College in Beloit. Also in 1963, he served as the CYO Diocesan Director. He also taught in the public school in Mankato, where he served as pastor of St. Theresa Parish. In addition to being in the classroom, he served for nearly a decade as Superintendent of Catholic Schools. While superintendent, he was also appointed as the director of religious education.

The following are comments from Father Hoover that were pulled from an article in the May 22, 2020, issue of the Register.

Upon celebrating his 60th anniversary to the priesthood, Father James Hoover once said, “I was one of these ones who pushed and burned the candle at both ends. I thought, ‘Those guys don’t live too long,’ but I did.”

The desire to be a priest was one he experienced at a young age. Father Hoover said he was 8 years old, working in the silo of his family’s dairy farm. He was praying as he assisted in filling the silo and eventually became stuck in the mounds of silage. “It was starting to get up to my chest, but I wasn’t worried,” Father Hoover said. “God got me into this, he would get me out.” Eventually, when the grain was up to his chin, his older brother peered into the silo, saw the stuck child and pulled him out.

The next day, Father Hoover told his parents of his desire to become a priest. Initially unsure about his parent’s reaction, Father Hoover said he sat to talk with his father about the desire. “(My father) said, ‘You made me the happiest man in the whole Church today. I often prayed that one of my boys would be a priest.’”

Father Hoover reflected on his years as a priest. “We’re in this to serve, not to take,” he said. “The most gratifying thing — outside of church — was serving people. Serving them always.” “Father Hoover loved his priesthood, and he gave it his all.