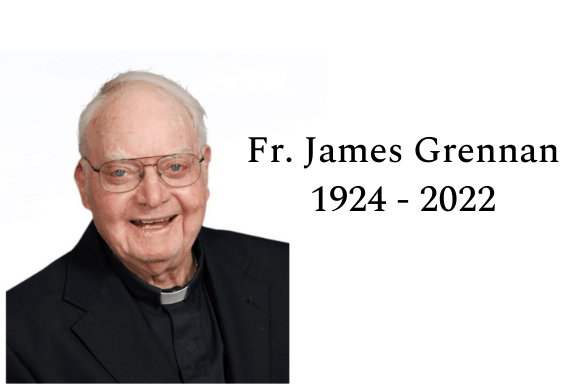 Father James Grennan was born Dec. 28, 1924, north of Beloit to William James and Mary (Doyle) Grennan, he grew up near Jamestown and attended St. Mary Parish. He was the second youngest of a family of 13. He attended Jamestown High School for two years and finished high school and college at St. Louis Preparatory Seminary in St. Louis. He was ordained on May 13, 1951, at the old Sacred Heart Cathedral by Bishop Frank Thill.