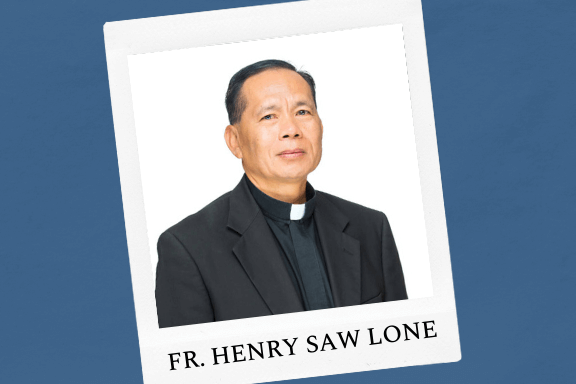 I was born on September 25, 1965, in Myanmar, Thataung province. The name of the village is Lorado (just like Colorado!).  As for my family, I have wonderful parents. They are Catholics. My father was a Buddhist convert. I have a mixed family background. I have two sisters and one brother. I am the baby.

My mom was always Catholic. My dad was a very strong Buddhist. When he married my mom, he became a Christian. But my aunts and uncles on my dad’s side remained Buddhist, so he’s separated from his family a bit. But he was a wonderful man, and I love his background. My mom was a homemaker, and my dad served in several different careers. He had served in the military and then Electric Power Corporation. He provided for us very well.

For school, I walked every day 3 miles from my village to the village where my school was. Sometimes, my brother and sisters would accompany me, and I rode on their backs. When I was in 6th grade, I was recruited by the local priest to go to a minor seminary. I was there until I was a senior. It’s like a normal school, but you have to be chosen. I was very happy I was chosen, and so were my parents.

I was only 14 when I went to a minor seminary. We had a young, Italian missionary priest. We all watched them, and they were our heroes. They influenced and inspired me to discern my vocation.

I also had the privilege to serve as an altar boy, and that inspired me a lot. They celebrated the Latin Mass, and their sacramentary was in both Latin and English, so it was a really big book. After the priest had finished, he’d close the sacramentary. I loved the sound it made when it was closed; it was like a big boom. For some reason, I loved that. It made me think that one day I want to read that book. So, when I became a deacon, I looked at that book. I read that book. I closed that book.

In seminary, my favorite part was when we had to recite prayers by heart. We had to do it in Latin. I really liked it. We had a competition every few months, and I won! I got the prize! My least favorite class was arithmetic. I did not like it. It was hard for me, and to this day, I hate calculating.

I was ordained on March 20, 1994. My favorite part was when I laid prostrate. I just felt the Holy Spirit. I knew that I was a priest.

In our country, we have a tradition where, after you rise from laying prostrate, a gong is rung by the tribal people. It was very striking for me. It is hard to describe that moment. Thousands of people were at my ordination, but there was one sad thing for me. Three days before my ordination, my mom unexpectedly passed away. Her death was very sudden and surprising. It was very tragic. I almost did not become a priest. But through the encouragement of my family and friends, I went forward. I don’t know, maybe God was telling me something.

A tradition we have during priestly ordinations is for the parents to walk their son down the aisle and present their son to the Church. My dad had passed away while I was in seminary, and then my mom right before my ordination. So, my sister presented me.

After ordination, my first assignment was at a very dynamic parish. I was there for four years. I enjoyed it very much. Then, the bishop asked me to go to Rome. I went there and studied for four years. Every day, I would look out my window and see St. Peter’s square.  After Rome, I returned to my home country. But what was funny, in 2002, I went to World Youth Day in Canada. While there, I decided to visit the United States because I wanted to pray at Ground Zero. But, when I crossed the border, they gave me a lengthy visa.

So, when I was back in my home country, we had two priests invited to go to Salina, but I was not one of them. However, the two priests that were invited were unable to get their visas. But I had one because of my trip to Ground Zero! I think it was God’s divine plan.

I came to Kansas in 2003. I was trained to help a chaplain at St. Francis Hospital for one month. It was there where I got my driver’s license. I also learned American English. I then came to the Salina Diocese. First, I was assigned to Sacred Heart Cathedral. Then to Oberlin, Leoville and Selden. And then, in 2009, I was assigned to Hill City and Damar, where I remain to this day.

My favorite part of being a priest is being with the people and celebrating Mass. I really enjoy religious education, the children and the RCIA classes. But being a priest can be a very isolated life. In a way, it is lonely. But you kind of get used to it after some time.

Personally, I have a devotion to St. Joseph. He is my patron saint, and Joseph was my father’s name. Plus, we buried my mom on March 17, and I was ordained right after the feast of St. Joseph. I think it was by St. Joseph’s intercession that I was ordained as planned. And now, my parish is St. Joseph in Damar! I often imagine the picture of St. Joseph leading Mary and Jesus to Egypt, and as if he said to them, “Don’t be worried. I am here.”

One thing I love about St. Joseph is that he was always embracing Jesus. Even when he had his own struggles, he held Jesus constantly. So, we need to do that too. Sometimes, life is hard. But if you are living with Jesus, everything will be fine.

This story is from the December 24, 2021 issue of The Register 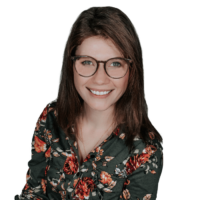