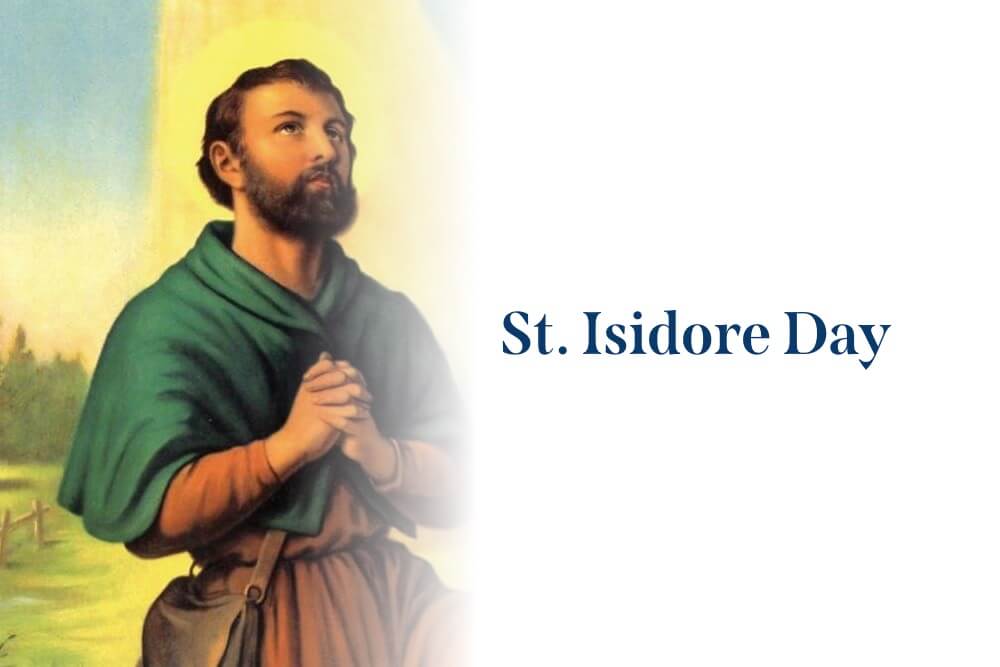 Isidore has become the patron of farmers and rural communities. In particular, he is the patron of Madrid, Spain, and of the United States National Rural Life Conference.

When he was barely old enough to wield a hoe, Isidore entered the service of John de Vergas, a wealthy landowner from Madrid, and worked faithfully on his estate outside the city for the rest of his life. He married a young woman as simple and upright as himself who also became a saint—Maria de la Cabeza. They had one son, who died as a child.

Isidore had deep religious instincts. He rose early in the morning to go to church and spent many a holiday devoutly visiting the churches of Madrid and surrounding areas. All day long, as he walked behind the plow, he communed with God. His devotion, one might say, became a problem, for his fellow workers sometimes complained that he often showed up late because of lingering in church too long.

He was known for his love of the poor, and there are accounts of Isidore’s supplying them miraculously with food. He had a great concern for the proper treatment of animals.

He died May 15, 1130, and was declared a saint in 1622, with Saints Ignatius of Loyola, Francis Xavier, Teresa of Avila, and Philip Neri. Together, the group is known in Spain as “the five saints.”