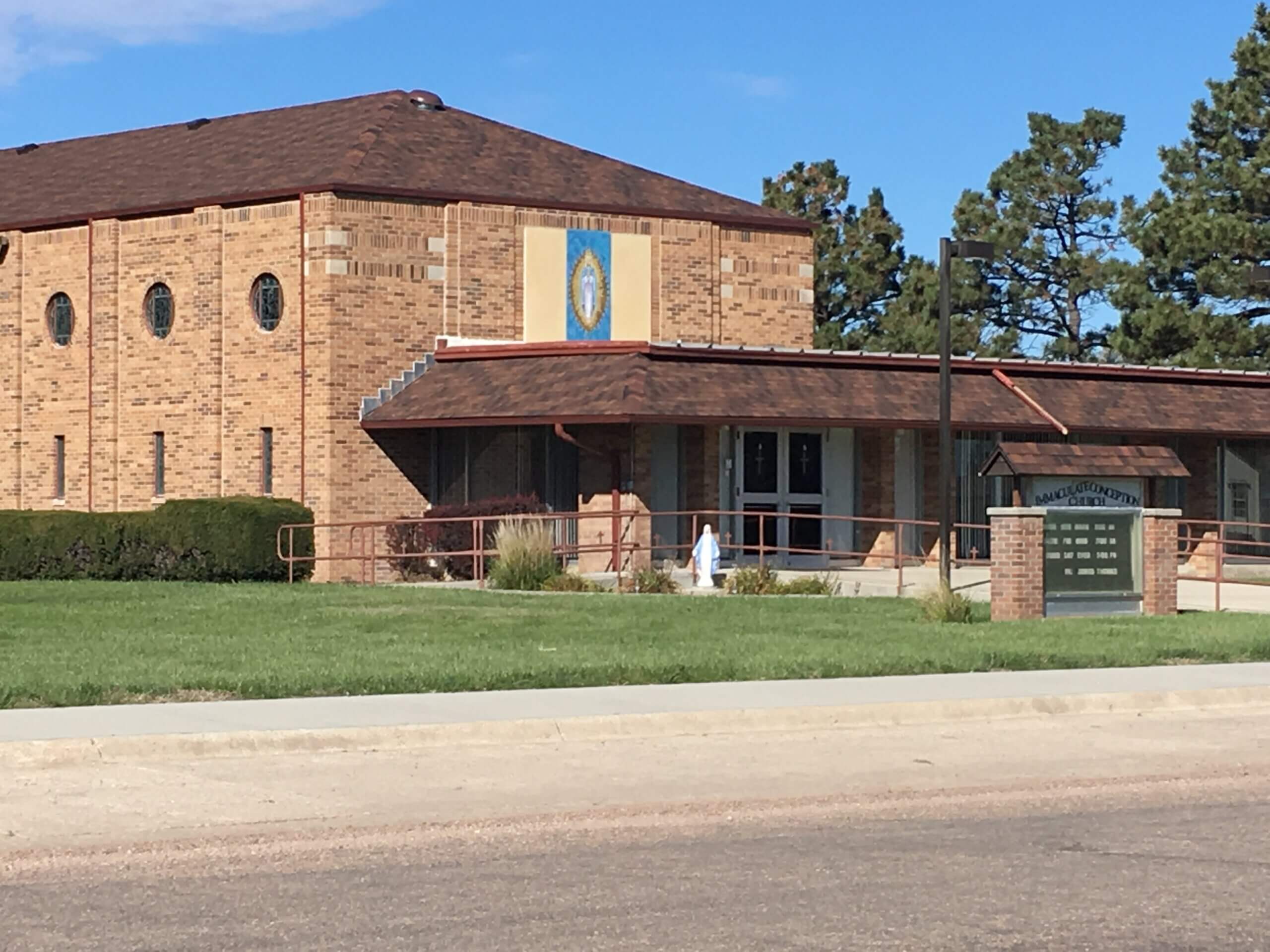 Immaculate Conception parish in Grinnell will celebrate 125 years as a Catholic parish on Dec. 8, 2021. Bishop Vincke will be presiding at an evening Mass, with dinner following.

Capuchin priests from Hays began traveling to the area in 1896, and by 1906, a new parish was organized and a church constructed.

Structural problems required the church to be rebuilt and the bell tower removed in 1915.

In the early 1920s, an old two-story building was moved near the church and converted for use as a school. It operated for about five years, and the building then was used for religious instruction.

Father Peter Keogan, on a visit to the University of Notre Dame, met with Francis Kervick, head of the department of architecture, about designing a church especially adapted to the needs and conditions of his parish. Kervick provided the design at no cost. It featured a connected church, rectory and garage.

The old church was razed in March 1948, and the salvaged lumber was used in the new church and rectory complex being built on a new tract of land. The new church was ready for Mass on Dec. 8, the feast day of its patron, and the rectory was completed 10 days later.

A classroom center was built in 1965.